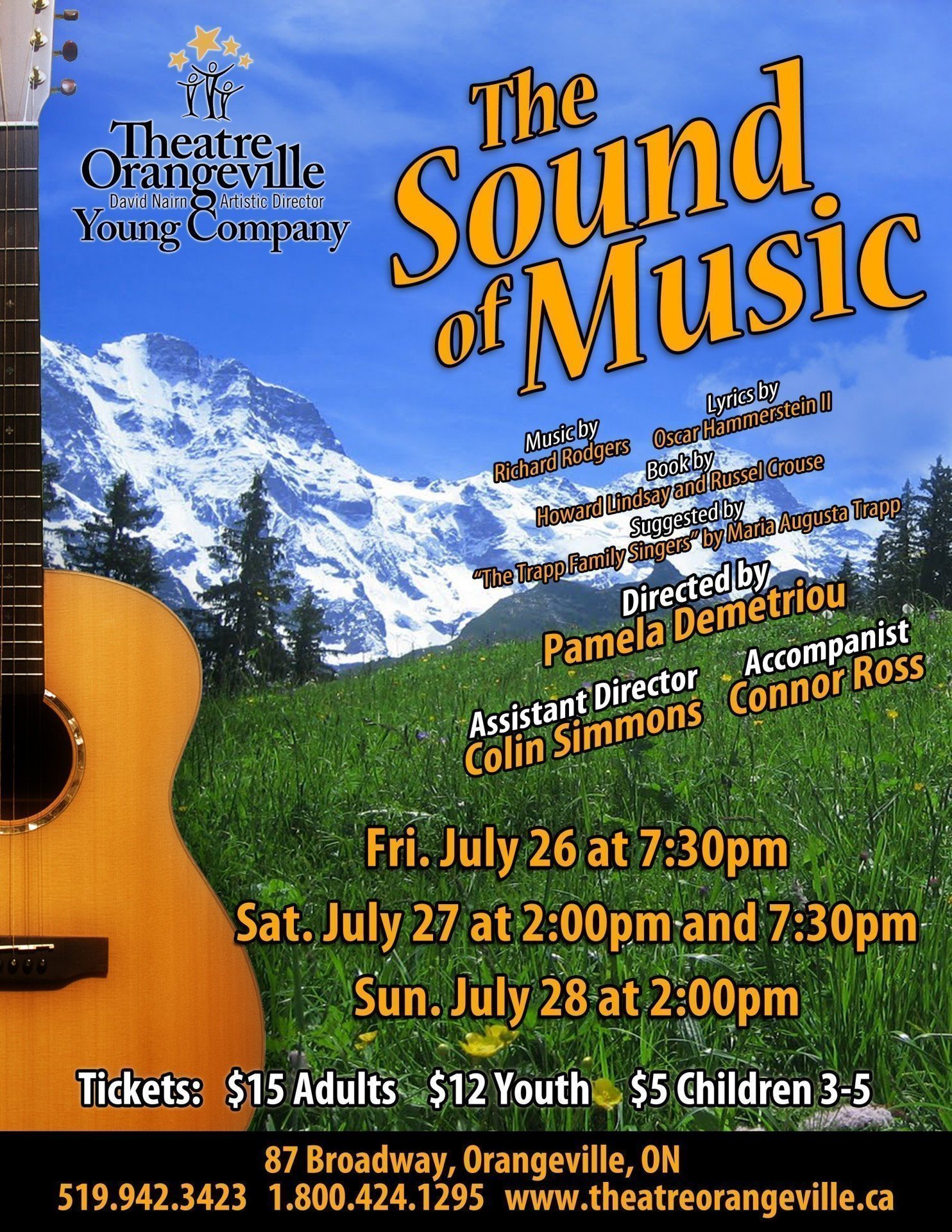 July 26 at 7:30pm, July 27 at 2:00pm and 7:30pm, and July 28 at 2:00pm, 2013 Music by RichardRodgers| Lyrics by Oscar Hammerstein II| Book by Howard Lindsay and Russel Crouse| Suggested by "The Trapp Family Singers" by Maria Augusta Trapp Directed by: Pamela Demetriou Assistant Director: Colin Simmons Accompanist: Connor Ross When Maria proves too high-spirited for the religious life, she is dispatched to serve as governess for the seven children of a widowed naval Captain. Her growing rapport with the youngsters, coupled with her generosity of spirit, gradually captures the heart of the stern Captain, and they marry. Upon returning from their honeymoon they discover that Austria has been invaded by the Nazis, who demand the Captain's immediate service in their navy. The family's narrow escape over the mountains to Switzerland on the eve of World War II provides one of the most thrilling and inspirational finales ever presented in the theatre. READ MORE

Orphaned in India, 11-year-old Mary Lennox returns to Yorkshire to live with her embittered, reclusive Uncle Archibald and his invalid son Colin. The estate’s many wonders include a magic garden...

While England’s beloved King Richard battles in the Crusades, his people suffer under the tyranny of Prince John and the Sherriff of Nottingham. Robin Hood and his band of Merry...

Everything I Love About Christmas – Theatre Orangeville

November 27 – December 21 By Robert More The Holiday Tradition Continues… Suitable for ages 5+ It will take some kind of very special miracle to bring daughter Susan Barnes...